In early November, 2015 I read  "Sheldon Wolin and Inverted Totalitarianism" by  Chris Hedges in Common Dreams.

"Sheldon Wolin, our most important contemporary political theorist, died Oct. 21 at the age of 93. In his books “Democracy Incorporated: Managed Democracy and the Specter of Inverted Totalitarianism” and “Politics and Vision,” a massive survey of Western political thought that his former student Cornel West calls “magisterial,” Wolin lays bare the realities of our bankrupt democracy, the causes behind the decline of American empire and the rise of a new and terrifying configuration of corporate power he calls “inverted totalitarianism.” 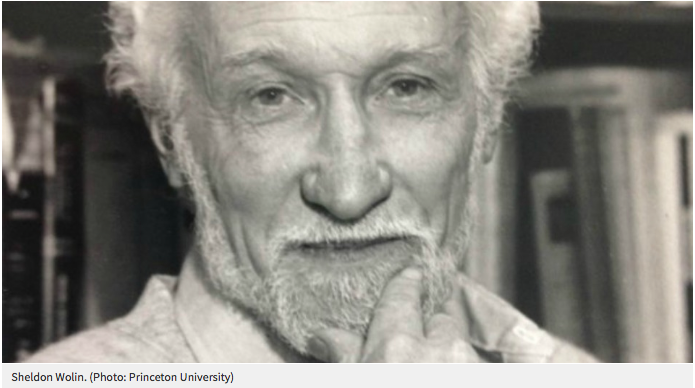 People in the comments section of the article point to historical issues related to this topic.
Posted by Gary O. Grimm at 7:50 PM