Using a Nikon DSLR camera and shotgun mike I recorded the movements of the megaload as it turned the corner in Marsing Idaho on Saturday night December 28, 2013.

Posted by Gary O. Grimm at 4:08 PM No comments: Links to this post

For several days around Christmas the huge megaload shipment traveling secondary highways through Oregon, Idaho and Montana has been parked 2 miles west of Marsing Idaho.  The plan is to start moving the megaload again on Friday December 27, at 10 PM.  The megaload rig will have to turn a sharp corner in downtown Marsing as it moves toward the towns of Grand View and Bruneau, Idaho.

Visit this link to see the High Resolution panoramas on Picasa Web.

I also posted 8 still photos of the megaload area and people looking at the pull and push trucks and the haul rig.

Here is the link to that Picasa Web Album.
Posted by Gary O. Grimm at 11:45 PM No comments: Links to this post

Tim O'Reilly on Google+ "This piece is utterly brilliant, an important manifesto on how the DIY movement is enabling a new era of citizen exploration (far beyond the vision of "citizen science.") He is referring to this article titled: Makers: the New Explorers of the Universe by David Lang, 11/02/13 Tim provides One Sample: "People have been talking about the Internet of Things for years. But the aesthetic of the industrial internet always conjured up visions of connected devices that spoke quietly to each other: thermostats that never needed tending, plants that watered themselves and toasters that knew the day’s weather. It was always a promise of convenience (and automation and sleekness). What wasn’t obvious, to me anyway, was that an Internet of Things could usher in a golden age for curiosity. Where everyone, even a luddite like me, was constantly at the edge of what was possible. Where a new adventure — a new set of questions about our world and our place in it — was only a group friends and an internet connection away." Or as Stewart Brand said, in the memorable quote that opens the piece: “[In] the last century, discovery was basically finding things. And in this century, discovery is basically making things.” 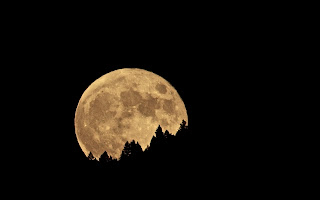 Posted by Gary O. Grimm at 11:56 AM No comments: Links to this post

Using a GoPro camera, tripod and WiFi setup with iPhone I recorded these Stellar Jays coming to a bird feeder on Thanksgiving day, 2012.

Credits to David Dudley for building and placing the bird feeders.

I uploaded the same 1080p video to Vimeo and YouTube for comparison in various resolutions, including 1080p.

Posted by Gary O. Grimm at 2:28 PM No comments: Links to this post