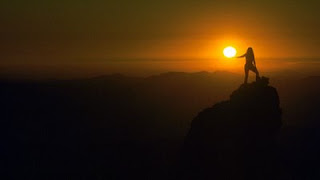 On this blog I have posited the concept that new and powerful Internet tools like the GeoWeb, SemanticWeb, SocialWeb, MobileWeb, ImageWeb, and OpenSourceWeb have become available and are being refined to allow individuals, small groups with common interests, and larger communities to become more involved in environmental issues. Consequently more people than ever before should now begin to become more effective in making better decisions that are critically related to the local and global ecosystems we all depend upon. The sooner this involvement becomes standard practice the better chance we have for sustained ecological balance for the future when humans might be friendly rather than toxic to the natural world around us that we depend on for our own survival.

Even though we in America represented by many powerful and popular environmental organizations who have been attempting to protecting ecosystem values over the past 30-40 years, clearly many more of us individual citizens have to become much more involved in new and innovative approaches to environmental decision making in the immediate future. A 2008 Forest Voice Newsletter presents a number of disturbing articles outlining different perspectives on how representative environmental organizations have too often compromised and collaborated with industry and government to soften ecological decisions. Rather than reversing ecological decline these compromises may just be slowing the process down, sometimes.

I personally believe the time is right, and it is critically important for everyone to immediately start learning about, and acting positively on, our human responsibilities to each other and to our natural environments and ecosystems, local, regional, and global.

I have also just seen a detailed excerpt from a very interesting book written by Roy Woodbridge in 2004. The title is The Next World War: Tribes, Cities, Nations, and Ecological Decline. In this book he focuses on actions the people of the world must take in the next 25 years.

In the preface Woodbridge notes that "I begin this book by talking about the fact that ecological decline is the enemy of all peoples - in fact, it is the only enemy that is common to all peoples."

"The book is a call for all societies to wage war against global ecological decline." He argues, that even though the word "War" is not a great metaphor it is important for people worldwide to understand that "anything less than mobilizing with the same intensity and commitment that we bring to all-out war will produce the kind of effort required."

Interestingly Al Gore has more recently stated in a speech titled "A Generational Challenge to Repower America" on July 17, 2008 -- "Today I challenge our nation to commit to producing 100 percent of our electricity from renewable energy and truly clean carbon-free sources within 10 years."

Environmental events caused by humans during my lifetime, and especially in the recent past, clearly indicate that we have a lot to do and we can't waste any more time. Is this a real global "war" that requires great sacrifices and mobilization from everyone? Or are each of us content to continue to believe that we witness tiny environmental skirmishes from time to time that are reported by the popular news services and that our elected leaders and will solve problems by passing meaningful legislation without much of our personal involvement? I am afraid the dramatic ecological degradation we are experiencing today is the result of the latter.

Any comments or suggestions or links to projects that can help us learn quickly how to effectively mobilize as individuals and communities against local, regional and global ecological decline are welcome.
Posted by Gary O. Grimm at 12:36 PM 1 comment: Links to this post