Debt to Nature and the Global Economy Crisis 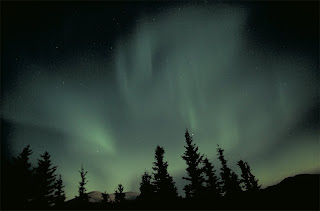 The current news for the past several weeks has been much about the serious global economic crisis that clearly appears now to have no short term solutions.

What we are not hearing much about is the huge "debt to nature" the global community has continued to accumulate in increasingly greater quanity during the "Industrial Revolution" starting more than 200 years ago. It does not take to much study of scientific information to understand that the natural environment and resource problems are much more severe than the global economic policies, which in turn, have also contributed heavily to the debt to nature.

On this blog I have been attempting to clarify that all citizens should become involved in starting and participating in networking efforts related to issues and places that they care about. As citizens we have a civic responsibility to be much more involved in decisions related to a sustainable environment and a sustainable economy. The past two years of "fair and balanced" news about the climate crisis and the past month of frightening news about the crisis in the global economy should be a wake up call to all of us. Clearly, elected representatives and businesses that value dollar profits at a much higher level than environmental sustainability, have to be held to a much higher level of accountability if similar environmental and economic crises are to be avoided in the future. We, as citizens have to immediately become much more engaged in the public dialogue that precedes the decision and law making process, not only in America, but worldwide as well.

"We are approaching a crisis that stems in part from irresponsible behavior and is aggravated by our insatiable consumer culture. A lack of government oversight has let the problem grow to catastrophic levels. Now it could devastate entire economies and societies.

No, I'm not talking about Wall Street. I'm talking about the crisis we seem to forget whenever our credit limits are threatened: climate change. Today, the environment is once again taking a backseat to other problems. We're fascinated by the jagged line depicting the stock market's abstract ups and downs, even as we ignore the much more frightening -- and far from abstract -- upward surge in global temperatures."

"The chair of the Intergovernmental Panel on Climate Change said the news media are not sufficiently addressing the severity of climate change at a meeting of U.S. environmental journalists earlier this week.

R.K. Pachauri, head of the 2,500-member IPCC, said that unless policies are enacted soon to mitigate greenhouse gas emissions, the global perils from shifting weather patterns and sea level rise will become worse in the coming years."

"In the last year and a half, there has been a massive explosion of awareness; however, the media has not reported enough about the emergency and depth of action," said Pachauri, who has led the United Nations panel since 2002."

One single clarifying example representing a 136 year time span, close to home, was mentioned by Ralph Nader at his recent appearance in Boise. On public land in the West, mining companies can still purchase lands that promise mineral wealth for $5.00 an acre, the same as the cost when the General Mining Law was passed in 1872. The company can, even today, extract valuable minerals for the marketplace, but do not pay any royalties to the public for the use of this publicly owned resource. Plus, Congress has granted miners an $800 million tax break still in effect. And even worse, when the mine is no longer profitable, the toxic waste and destruction is way too often abandoned in place with the expectation that the public will pay the recovery costs, if there is any demand for this. Rivers, fish and wildlife, habitat and people downstream from these mines continue to pay in health and other costs for decades after a mine is closed. Only a few of these sites have been rehabilitated using taxpayer Environmental Protection Agency Superfund monies.

I am sure we will all be talking and reading more about the economic and nature debts now than ever before. The question is how can we become more involved in those issues that concern us most? I will try to post some more ideas that make sense to me.

Posted by Gary O. Grimm at 2:55 PM No comments: Links to this post

The GeoWeb -Trends and benefits

The concept of the GeoWeb, a short form for Geospatial Web, has really exploded into the consciousness of many Internet users who find that they can not only "find" interesting information and photos for places all over the world on 2D and 3D maps, they can also easily "contribute" their own locations and detailed data and information about places they know and care about.

While I have been posting to this Blog I have come to believe that the trends and benefits that are accruing from GeoWeb activities will result in a logically standard Geo-Search interface to the growing body of knowledge available on the Internet. In future posts I will try to clarify what I am learning about this exciting process.

For example, recently I saw a reference to a new O'Reilly Report entitled: "Radar Report on Where 2.0: The State of the Geospatial Web." Brady Forrest and Andrew Turner, two of the authors have posted blog information describing the report. The link to the report on Brady Forrest's post provides a readable Scribd file for the first 15 of the 55 page report. (The full report is available from O'Reilly Radar Reports for $399.)

Andrew Turner is also scheduled to present a free live "O'Reilly Webcast on Friday October 24, 10 AM PDT. Titled "Trends and Technologies in Where 2.0," this O'Reilly web page provides an online Registration Form and more descriptive information.

I was reminded to look at the Radar Report again a few days ago by an IBM blog post by Rob Wunderlich who wrote this additional brief summary:

"The main point of the report is the unexpected benefits of the Web 2.0 phenomonen is the staggering amount of geographic data that has become available and freely disseminated. We're all familiar with some of the sites: Google Maps, MapQuest and WikiMapia, to name a couple examples. But this report digs far deeper into what they call the "GeoWeb" - and they mention sites like GeoEye and DigitalGlobe."

Below is a brief summary of the report provided by Brady Forrest:

"In the 55 page report we examine:
As I noted in my blog post on September 1, 08, there are several related Web initiatives that are creating opportunities for more citizens to become involved in environmental and ecological issues. The way the GeoWeb is developing seems to me to embrace all of these and will provide opportunities for more logical decision making as we move forward in time.
Posted by Gary O. Grimm at 4:17 PM No comments: Links to this post

On October 1, 2008 I received an e-mail announcement from FortiusOne announcing the launch of Maker!, the second application of their next generation GeoCommons products. Here is a link to a press release, the Maker web site, and a post on their blog titled Off the Map.

We are developing some GeoWeb concepts with several Mountain Visions projects

and the GeoCommons tools will be extremely useful for community networking groups to create some of their own analytical and informational maps. One of these projects is the Jamaica Protected Areas Trust web site that already contains some interesting GeoWeb information.


A few highlights:
“Maker! is an easy-to-use browser-based application enabling you to create cartographically accurate maps using your own data or GeoCommons open data.”

“Create Actionable Maps In 5 Minutes
Maker streamlines the best of GIS into a quick and easy workflow.”

“No Experience Required
Maker! makes the tough statistical and cartographic decisions for you.
Anyone can build complex, data-rich maps.”