I found this online conversation to be an important one we should all be involved in.

We have..." been making these arguments around economics, but there is nothing more powerful than a values based argument. We’re not going to win this as bean counters. We can’t beat the bean counters at their own game. We’re going to win this, because this is an issue of values, human rights, right and wrong.... we shouldn’t lose sight of the fact that what actually moves people’s hearts are the arguments based on the value of life."

Naomi Klein, in an online webinar conversation with 350.org director May Boeve ended the conversation with the statement above 'Fighting for the Places We Love': A Vision for the Climate Battles to Come" and talking about Global Divestment Days on February 13 and 14, 2015 : 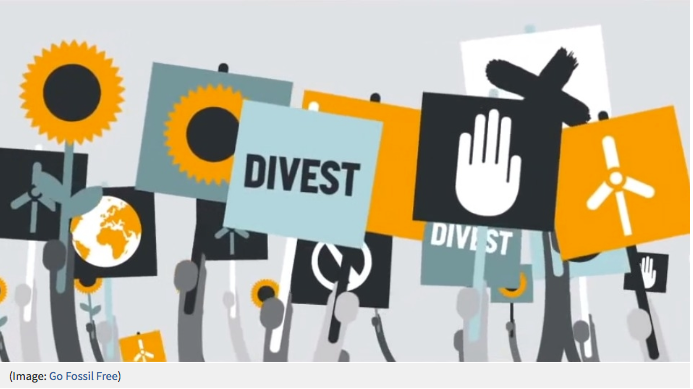 Posted by Gary O. Grimm at 8:35 PM No comments: Links to this post

Religion or Not - Another form of discrimination?

This article written by Adam Lee on Alternet notes that non-belief is far more common than people realize yet politicians dare not declare a non-belief. Furthermore atheists are a large and potentially influential population.
"Imagine the kind of world we could live in if atheists were a political force. It would be a world where secularism is the unquestioned law of the land, where religious groups wouldn't interfere in politics unless they could put forward arguments backed by evidence that anyone could examine, and not just appeals to faith. We'd rely on science and rationality to shape public policy; humanity would heed the voice of reason, rather than gut feelings or superstitious taboos. In this world, the religious arguments propping up tribalism, racism, and the oppression of women would wither away; the decrees of unelected and unaccountable authorities would fade into dust, and democracy and the liberty of the individual would be the guiding principles." 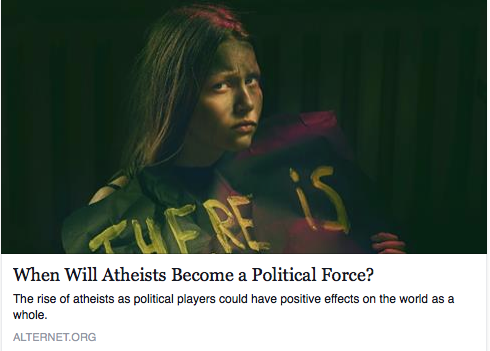 Posted by Gary O. Grimm at 8:28 PM No comments: Links to this post

This NASA Page "Earth Right Now" contains a wealth of information about how we are measuring the changes on our planet.  Included is exciting information about five new Earth-observing satellite launches in the past year that will deliver even more crucial data to scientists trying to understand our changing planet.

On June 5, 2013 I wrote a related blog post about the Landsat 8 Satellite that provides additional acquisition of high quality observations of land use and land change.

As citizens we have to demand that our family, friends, neighbors, organizations, businesses and elected representatives learn how to pay attention to accumulated science and stand up and act in order to immediately and dramatically slow down the extreme human caused climate and ecosystem changes that have been geometrically increasing for decades.

The latest of the five Earth observing NASA satellite observatories, SMAP, (Soil Moisture Active Passive) was scheduled to be launched this weekend, January 31, 2015. 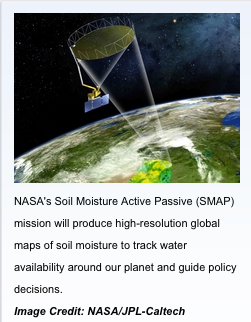 This observatory will produce the highest-resolution maps of soil moisture ever obtained from space.  "The accuracy, resolution, and global coverage of SMAP soil moisture and freeze/thaw measurements are invaluable across many science and applications disciplines including hydrology, climate, carbon cycle, and the meteorological, environmental and ecology applications communities."
http://www.nasa.gov/smap/overview/

The GPM (Global Precipitation Measurement) observatory was launched on "February 27, 2014,  carrying advanced instruments that will set a new standard for precipitation measurements from space." 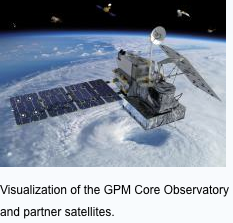 "The data they provide will be used to unify precipitation measurements made by an international network of partner satellites to quantify when, where, and how much it rains or snows around the world.  The GPM mission will help advance our understanding of Earth's water and energy cycles, improve the forecasting of extreme events that cause natural disasters, and extend current capabilities of using satellite precipitation information to directly benefit society."


CATS (Cloud-Aerosol Transport System) is a lidar remote-sensing instrument that will extend profile measurements of atmospheric aerosols and clouds from the International Space Station (ISS). 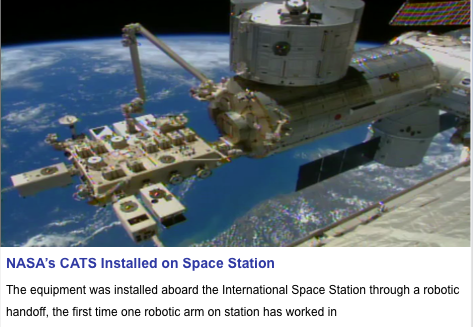 The CATS payload will improve our understanding of aerosol and cloud properties and interactions, as well as improve climate change models. CATS is specifically intended to demonstrate a low-cost, streamlined approach to developing ISS science payloads. 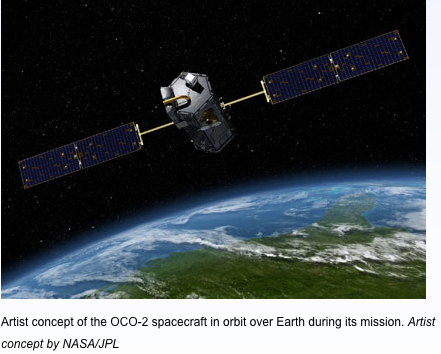 OCO-2 will be collecting space-based global measurements of atmospheric CO2 with the precision, resolution, and coverage needed to characterize sources and sinks on regional scales. OCO-2 will also be able to quantify CO2 variability over the seasonal cycles year after year.


ISS-RapidScat was launched on September 20, 2014 and  is the first near-global scientific Earth-observing climate instrument specifically designed and developed to operate from the exterior of the space station. 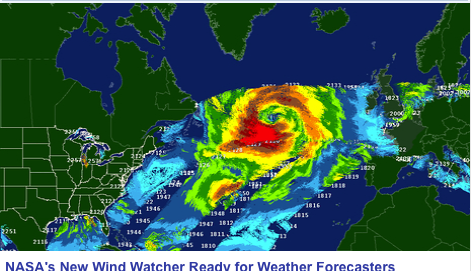 The experimental mission will measure near-surface ocean wind speed and direction in Earth’s low and mid-latitudes in any kind of weather except heavy rain. The data will be used to support weather and marine forecasting, including tracking storms and hurricanes, and to study Earth’s climate.


Posted by Gary O. Grimm at 3:01 PM No comments: Links to this post