"Stick a Fork in it!" (See Dr. Andrew Dessler quote below.)

Is it way too late to control a "human caused water vapor feedback amplifying mechanism" that results in a wetter atmosphere and increasingly unprecedented storms on earth? 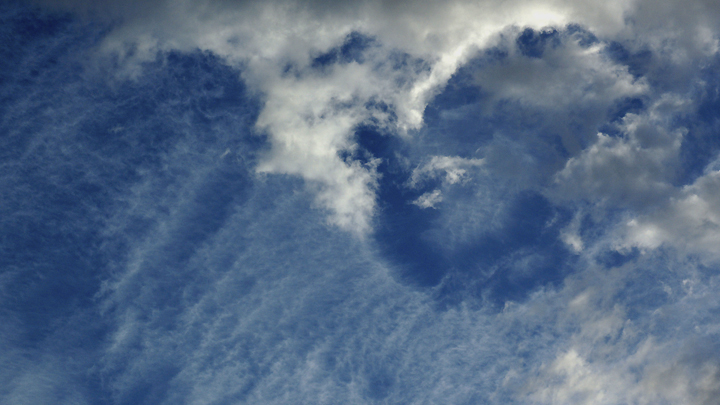 Future and general universal and temporal knowledge about overall climate change and global warming on Earth may be generally unpredictable given our current state of scientific knowledge, however many rigorous studies provide very strong evidence that human causes are at least partly responsible and therefore could be mitigated somewhat if public pressure and political will were aligned to this end.  We have had decades of forewarning about this problem and the human caused results are increasing without significant solutions being formulated by our political leaders.

This recent article hosted by the Guardian by John Abraham and Dana Nuccitelli titled "Global warming is moistening the atmosphere" provides details about a long term study that provides scientific evidence that "Human-caused global warming is causing the upper troposphere to become wetter."

One quote at the bottom of the article is attributed to Dr. Andrew Dessler;

Because of water vapor’s importance as a greenhouse gas, the water vapor feedback occupies a central role in the climate system. Over the years, our understanding of this process has increased steadily, and this paper is a very useful contribution. It nicely demonstrates that the observations of upper tropospheric moistening are unlikely to have arisen without the increase in carbon dioxide from human activities. At this point, I think it would be fair to say, “stick a fork in it, the water vapor feedback’s done.”

Another review of this article and interesting comments are available via this Daily Kos  post by Lefty Coaster titled. " Global Warming is increasing moisture in Earth's atmosphere driving Mother of all Feedback Loops"