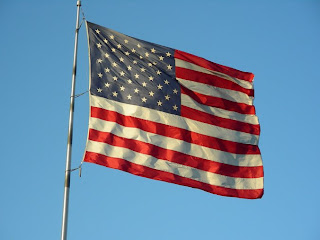 On March 24, President Obama announced that the White House web site would offer an "Open for Questions" web site project where people could ask questions and vote on other questions that were submitted on 11 topics related to the economy. Today, on March, 26, an on line streaming broadcast allowed President Obama to answer some of these questions in a "Virtual Town Hall Meeting." According to CNN.com today, more than 90,000 people submitted questions and more than 3.6 million users ranked questions. (The White House Blog today clarified this by noting that there were more than three and a half million votes.--I myself voted on over two dozen questions.)

On March 25, a day after the first announcement, I logged in and decided to ask a question in the topic area related to "Green Jobs and Energy." By this time there were already over 40,000 questions and the first popular ones submitted had already garnered many votes. Questions submitted later could only be found by scrolling through a long list or by doing a "Search" for key words.

Here is the question I asked. "Dear Mr. President, Would you support a series of ongoing nationwide online town hall meetings in local communities, towns, and cities in all states on the topic of environmental and ecosystem sustainability related to future economic stability?"
gogrimm, Boise, ID - Green Jobs and Energy

I watched the live streaming event today at 11:AM EDT, and it was one of the highest quality live video programs I have seen. The disappointment was that the president could only answer a few of the 90,000 questions. Immediately after the streaming broadcast was over, I had trouble finding the original "Open for Questions" site where I wanted to look at some more of the questions that had been asked. It appeared at first that the web site had been taken down and the questions were no longer available. Consequently I wrote a comment to the White House asking about this. My comment is noted below. I should note that afterward I was able to locate the Open for Questions site again and hope that it remains available for the future and that similar "open for question" virtual town hall meetings are duplicated throughout the country in the future.

Regarding the Online Town Hall "Open For Questions" meeting:

Is there a record of the questions and voting responses that came in to during the past few days? I watched President Obama answer a few questions on the live stream broadcast today. However, it seems logical that all of the questions would be answered by the White House and that all the questions, answers and voting results would be available as a permanent public record. As an organizing technique using something like Google Search could help citizens find similar questions and answers they were most interested in.

I would also hope that this online town hall meeting process is continued and expanded to allow citizens to respond or "vote" on daily issues, and also be able to continually send in questions that are answered that also become part of a permanent public record.

I would suggest that this "Open for Questions" town hall concept become part of every administrative and cabinet office of the White House. Every cabinet member (or staff) should be open to questions and responsible for answers.

I would like to see every member of Congress, State Governors, and state legislators also be open to similar online "Open for Questions" and Town Hall meetings. All of these should become part of a public record in the future.

I will appreciate a response if possible,

Good question that you asked, the system of answering questions of the ordinary people is a pretty good one. It's nice to see Mr. Obama try and actually work with the public, unlike Mr. Bush who rarely even went outside the White House. Here we see the advantage of having a young and open-minded person for the president. Not afraid of using new technologies and not afraid to meet with people and honestly answer their questions. Great move by Mr. Obama.